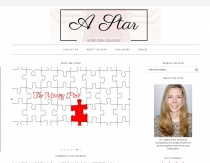 A few weeks ago, I shared this Gatti Town deal with my Austin friends. Well, thanks to those kind folks and my friends at US Family Guide, we got a chance to check it all out for ourselves. Spoiler Alert: My family and I had an awesome night.

The Low Down: We entered and were immediately greeted by a friendly cashier. She accepted our coupon and got us set up with four buffets and two $10 game cards. And then we were on our way.

To Start, the place is huge! There are a couple of dining areas, each with giant screens running various family programming. My kiddos chose the one running the Disney Channel -- who needs to miss the latest episode of A.N.T. Farm just because you're out? Or at least, that's my kid's thinking. Seriously, though, it was a good way to keep them seated long enough to eat as they were soooo excited and eager to get playing.

Convincing them to eat Gatt's wasn't hard, however. My kids love, Love, LOVE Gatti's Pizza. They ask for it by name. And the buffet was extensive. Multiple pizza offerings, pasta, and salad, as well as dessert. They did run out of cheese slices for a bit (my kiddos' favorite) but when I asked, several were immediately thrown in the oven. The kids ate. We ate. We were happy but it was time to move on.

To the games. There are video games, ticket games like Skee-Ball, and a few rides. My kids are five and eight and there are definitely more options targeted at the older demographic. My son rode the Bumper Cars with his dad but unfortunately, my daughter was too little which was a bit of a problem. There was, however, a frog ride that raised a bar of chairs high and bounced which she was able to do. And she loved that, so it worked out pretty well.

When the cards were played out, we went to claim prizes. Unlike other establishments, we didn't have to keep up with the tickets. They accumulate on the same card that was loaded with playing credits -- one stop shopping, you might say. At my kids ages, we didn't have many tickets but we dod manage to get a car for my son and a Princess ring for my daughter. It was enough to feel like a conquering hero as we exited.

So all in all, a good night. Thanks again GattiTown and US Family Guide for making my kids' night and therefore, making my day!

Leave a Comment
submit a review Join our blog team