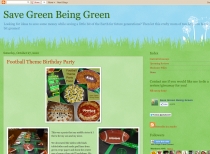 A Package from Santa has Arrived! From the North Pole! 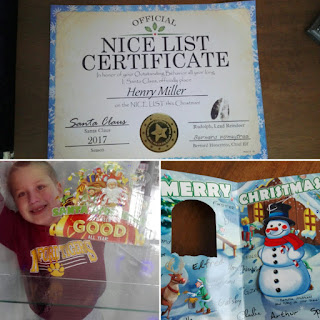 This PackagefromSanta.com package arrived today and my son was really surprised. He noticed right away it was from Santa, but before opening it he did take note that the postage on it said it came from the North Pole. I think that attention to detail really helps seal that this is truly from Santa. Earlier this week, we watched the video message from Santa that included an elf that kept falling asleep. My son made sure to look for that elf's name on the Christmas card from the elves (see above) and found it. That card from the elves also included a snowman ornament.

This is the premium package and they sure cover all the bases with this package. In the top picture you also see a nice "Nice List" certificate that has a sticker seal on it. He wanted to know if this means he is always on the Nice List and I was sure to point out that the certificate only said for the 2017 season. It also included a window cling that he was happy to put up. 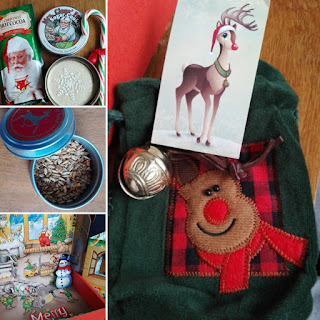 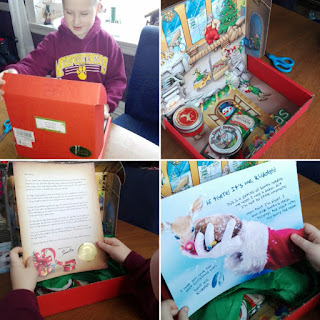 Some other fun things in the package included a signed photo of Santa, a picture of baby Rudolph (which is adorable!) and a personalized letter. I was able to read through several letters and pick one to personalize. I picked out one I thought my son would relate to the most and then typed in the things to personalize it.

The inside of the box is a whole scene inside the North Pole residence. I can picture my son using this box with some of his lego guys, otherwise it is just a nice looking decorative box. It would have been nice to see a couple of elf plastic toy figures in there for them to play with in the box.

Also, included is a cute little Rudolph velvet bag that had a REALLY nice jingle bell in it (and a message from Rudolph) which is now hanging on my son's mini Christmas tree. Mrs. Claus sent a Sugar Cookie which actually looks better in person because the camera just don't pick up the fine iridescent sprinkles dusted over it. And to round out the treats for the child is also a candy cane from Santa and some of Santa's Hot Cocoa (a mix to make).

One last thing in there is some reindeer food that is legit animal feed which my son is thinking of saving some of it to see if he can make the calves at grandpa's farm fly. Can you imagine?!?!?! Flying calves?!??!?! Ha! What an Imagination! 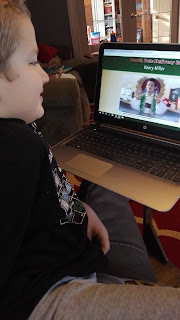 This last picture is of my son watching his video message from Santa that included 2 pictures of him (that I uploaded from different times of the year so he knew Santa was always watching!)

This PackagefromSanta.com package also includes a phone call from Santa, which I have not scheduled yet. I am waiting until a little later. This week has been A LOT of Santa, as Wednesday was St. Nicholas Day and Santa dropped off some treats and a FREE PERSONALIZED NICE LIST GUIDE! Yes, this printable is FREE TO EVERYONE. You even get to upload a picture on to it for the child. So, that is really neat!

Order this holiday must-have for your child at https://www.packagefromsanta.com and save 25% OFF your order when you use FAMP17 at checkout.
Leave a Comment
submit a review Join our blog team